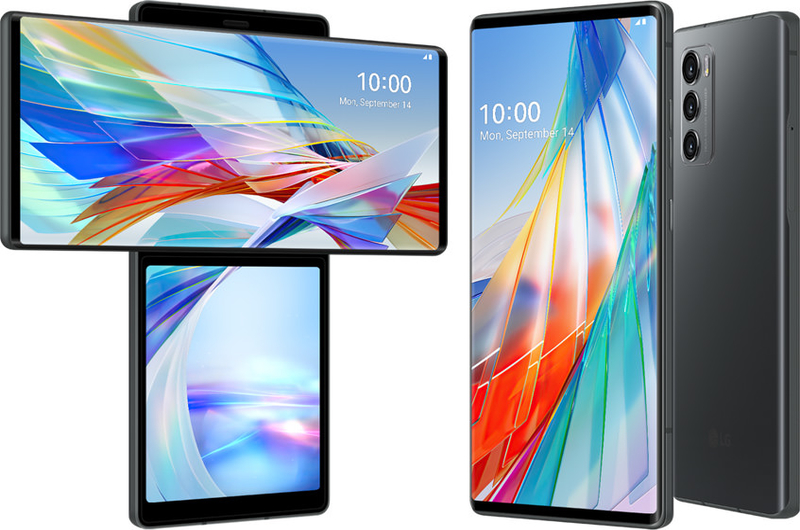 LG introduced the leading-edge “LG Wing” on the 14th of September 2020 that sports two displays. It incorporates a swivel mode and redefines multitasking and multi-viewing with their horizontal and vertical adjustments. Let’s take a look at the revealed features of the first-of-its-kind phone.

The futuristic “LG Wing” has been featured with the powerful Qualcomm Snapdragon 765G Octa-core processor with an Adreno 620 GPU running on top of it. The LG Wing comes with an 8GB RAM and has two internal storage variants of 128GB ROM and 256GB ROM, in which the memory can be expanded with an external microSDXC card. It runs on the Android 10v OS.

The phone supports multitasking, which doesn’t involve you constantly switching between two apps or using a split-screen. The Grand design of the LG Wing is the perfect solution for a multi-tasker, as it has two different screens in swivel mode, with which you can watch videos and send a text to a person at the same time. This phone is a god-given for gamers as you can play the game on one screen while looking up tricks on the other one. This phone can get anyone through their tasks and make life easier to sort out.

The phone has a built-in feature called the gimbal mode that supports full pro-grade stabilization for the phone to function as a joystick, follow mode, pan follow mode, first-person view mode, and to lock the screen. The joystick mode can control the lens directly to capture shots with no help from the primary display.

There is a dual recording mode to capture shots from both the front and rear cameras, which can be viewed side-by-side as two different clips on a split-screen.

The time-lapse feature in LG Wing studies the shots you are taking and caters the speed to a required rate. You can make a whole Vlog capturing a city scene with the dramatic movements of the clouds and the fast-paced traffic with this phone.

It is powered by a 4000 mAH battery which is supported by fast charging, wireless charging, and a Quick Charge 4.0+. The battery can be charged for up to 50% in 20 mins. The Phone is integrated with an In-display sensor, which wakes your phone up with a touch, making it easier to touch, swivel, and locks your apps. Additionally, the smartphone has an accelerometer, gyro, proximity, and compass sensors. The phone sports Hybrid Dual-sim support with which you can use a Nano-sim on Dual-Standby mode.

The phone is built with a Durable Hinge, Water Repellant Coating, and Anti-Dust technology which protects the phone from wear-and-tear and helps keep it in shape. The device has passed the Mil-STD-810G Test, in which the phone undergoes through shock tests, vibration, humidity, high temperature, low temperature, and low-pressure tests. It is water-resistant with the IP54 splash-proof warranty.

The Connectivity options on the phone are Wi-Fi 802.11, dual-band, Wi-Fi Direct, DLNA, hotspot, Bluetooth 5.1, GPS, NFS, type-C 1.0 reversible connector, USB On-The-Go, and a USB 3.1. The LG Wing is available in Aurora Grey and Illusion Sky colors. LG has not revealed the price for the LG Wing yet! You can now get the product in 2 hours delivery.