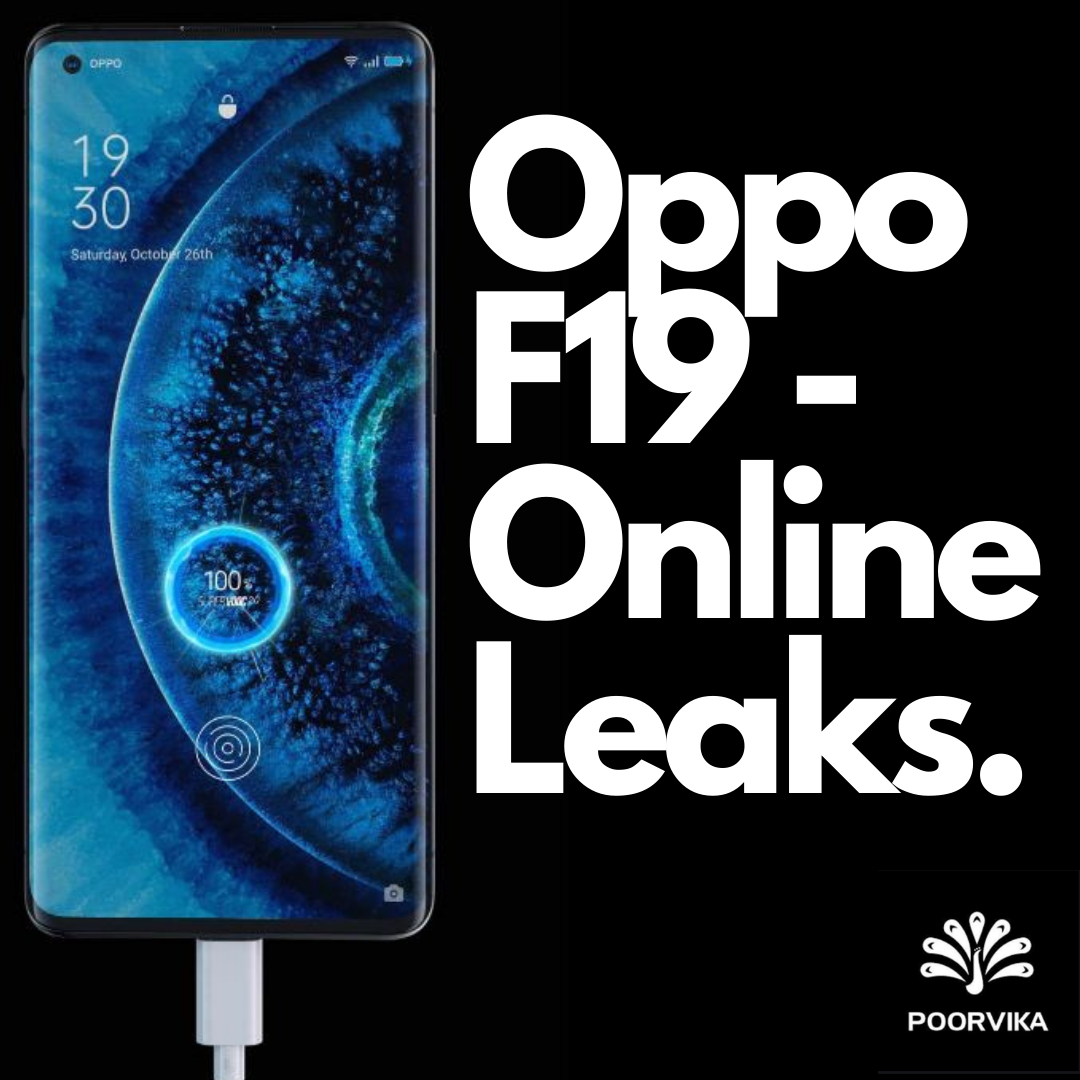 Oppo is one of the established smartphone makers owning six research institutes and four R&D centers worldwide. Whenever they approach the mobile market with a new smartphone, they manage to focus more on innovation. Oppo is all set to launch its next-gen smartphone – Oppo F19. It is expected to be launched in March 2021. Let us have a deep look at the online leaks of Oppo F19 Pro.

It is expected that the Oppo F19 series smartphone would have a stylish appearance with a glass finish at the backside. And the phone will be designed with materials that are less in weight that will make it easy to carry in hand. It is anticipated that the display of the mobile will be somewhat similar to the F17 series smartphone, which is 6.5″ FHD+.

There are chances that these smartphone displays may be a bit larger than the previous generation smartphone along with a super ALMOND display. It would come with a screen resolution of 1080 X 2400 pixels and a 409ppi pixel density.

There is also a possibility that the device may feature 128GB internal storage, which can extend up to 256GB. It would support connectivity through Wi-Fi, A-GPS, Mobile Hotspot, Bluetooth v5.0, USB Type-C, and 4GVoLTE network. There are also leaks that the device will be featured with a single sim slot with 8GB RAM.

The most exciting online leak of the Oppo F19 series is the rear camera. The device is expected to come up with a quad-camera set up consisting of a 64MP Primary Camera, 8MP Ultra-wide Angle Camera, a 2MP Macro Camera, and another 2MP Depth Camera. The camera system supports additional features like LED Flash, Digital Zoom, HDR mode, Face Detection, ISO control, and exposure compensation. The device may come out with a dual-camera combination at the front consisting of a 16MP Primary Camera supported by a 2MP depth camera.

There are no rumors about the colors and shades of the latest Oppo F19. The expected Oppo F19 price in India is Rs. 21,990. At the very moment when the device is launched, you can get it from Poorvika online at the best price with the 2 hours delivery option.