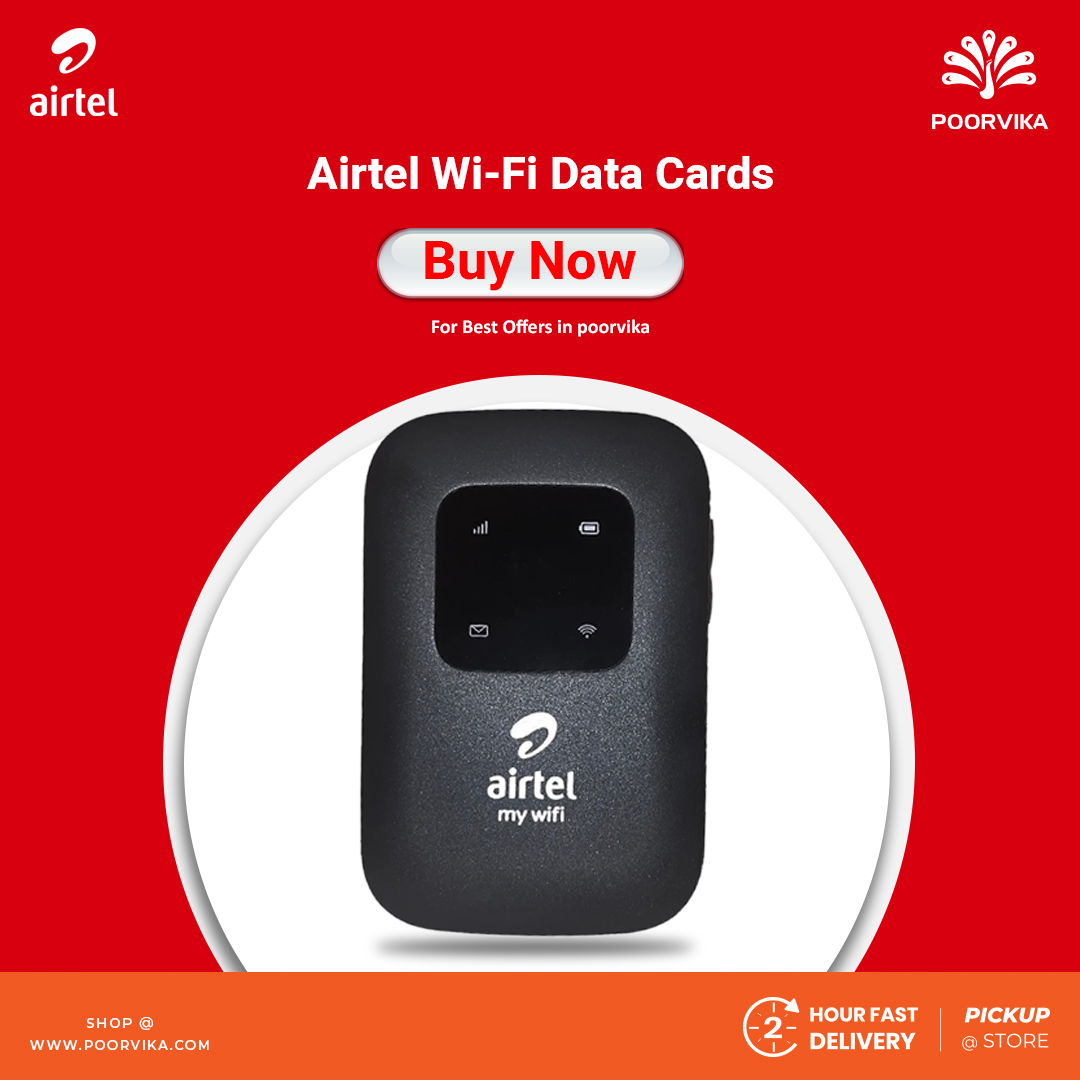 Everybody loves to get connected with the outer world!

Internet is already playing an inseparable role in our lives.

Booking a cab? You need the internet.

Ordering food? You need the internet.

With the recent pandemic, you require the internet even to attend school.
Having understood the need for portable internet, service providers have come up with wifi data cards that enable you access to the internet anytime, anywhere.

Let’s see what the Airtel wifi data card has in store for us!

This cute-looking wifi data card has a LED display on its face that shows the device’s signal strength, battery, SMS notification, and wifi signal. It is a very light and small device, making it easy to carry wherever you go!
The Airtel 4G Hotspot Binatone Wifi Data Card comes with a wifi data device, a USB charger, and a 2700mAh battery.

So, how does this device work?

The Airtel wifi data card needs no installation, and it has no complicated procedures to follow. All it needs is a SIM card and an active data plan.
This device also has a slot for an SD card that is expandable up to 32 GB, allowing you to also use this device like a pen drive where you can store data. The Airtel 4G Hotspot Binatone wifi data card enables you to connect 10 users simultaneously without disruption while letting you experience data faster than ever.

This small and compact My wifi data card comes with a wifi data device, a USB charger, and a 2700mAh battery. It is almost similar to the Airtel 4G Hotspot Binatone wifi Data Card as the Airtel 4G My wifi is also powered by a SIM card and has a slot for an SD card.

Why carry both a wifi data card and a pen drive separately when the Airtel Dongle can do the work of both?

Yes. This device also supports an SD card that is expandable up to 32 GB. Hence, the dongle can be used as external storage too!

This device also supports 10 users at a time and delivers uninterrupted wifi data. The price of the 4G Airtel Datacard in India is Rs.2,199/-
You can Buy Airtel 4G hotspot wifi data card from the official Poorvika website.

Buy these wifi data cards from Airtel and stay connected to the internet anywhere you go without any effort. Avail of Poorvika’s 2-hour delivery service and get the product delivered to your doorstep.