Which smartwatch should I get, The Apple Watch Series 6 or SE?

Watches. When was the last time you looked at one expecting just the time? Gone are the days when watches were just an analog timekeeper. With the advent of smartwatches, things have changed. They have become an almost inseparable part of our lives apart from smartphones.
Apple is one of the brands that top the leaderboards in the smartwatch industry. Especially smartwatches for fitness tracking and enthusiasts. This blog takes a closer look at two Apple watch models that launched recently. The Apple Watch Series 6 and Apple Watch Series SE.

From the outside, both these smart devices look exactly the same. Turn off that beautiful Retina Display on both devices, and you can’t tell the difference. Literally. But with that vibrant LTPO OLED at your disposal, you wouldn’t want to keep that display off. Especially when you have a ton of customizable watch faces to showoff.
It has a 448*368 screen resolution with a pixel density of 326. Although its 1000 nits of brightness make it easy to see the display even under bright sunlight, the Series 6 is slightly brighter than the SE.

The display is of the Series 6 protected by sapphire crystal, and its body comes in three materials. Aluminum, Stainless Steel and Titanium. The SE, on the other hand, comes with the Ion X Strengthened glass and an all-aluminum case. Colors are aplenty in the 6 with Gold, Silver, Space Grey, Graphite, Space Black, Blue, and Product Red. The SE comes in Gold, Silver, and Grey. It also has a load of various straps including sports bands and a solo loop that makes slipping the watch on and off even easier

On the inside, it’s an entirely different story. The Series 6 comes with their new dual-core S6 Chip, while the SE runs on the dual-core S5 borrowed from the Apple Watch Series 5. The new S6 chip is optimized to run 20 percent faster. This allows apps to load faster than ever. The S5 chip though slightly behind the S6 is no slouch either.

They both have 32GB internal storage with no option for expansion. They both also share some other features such as the Compass, Barometer, Accelerometer, gyro, and the Always-On Altimeter, among others. The Altimeter is a feature that gives live reading regarding the altitude you are at. It is most useful for Hiking and Trekking Enthusiasts. Both these devices are water-resistant up to 50 meters

The main difference between these two devices is their various health sensors, which the Series 6 comes loaded with. It has a Blood Oxygen sensor that, though not clinically certified, is pretty accurate as far as its readings are concerned. It even takes blood oxygen level readings while you sleep and records detailed sleep patterns with its Sleep Tracking function.

The onboard ECG app and sensor allow you to take an ECG reading on the spot by just placing your finger on the digital crown. The Digital Crown on the side not only acts like a jog dial to scroll to your menu but also has sensors. Both the devices have a Fall Detection Sensor as well that can sense sudden drops. It also has an Emergency SOS feature that is set to call emergency services in case you have had a bad fall and are immobilized or cant reach for help. The SE comes with a heart rate sensor that can detect irregular heart rhythms.

Both these devices claim a battery life of 18 hours and actually live up to it, which makes it pretty good. The S6, though optimized to make it 20 percent more efficient, still gives 18 hours. This is rumored to be the case due to its extra-bright display that we spoke about earlier. Charging times are not very drastically different. The Series 6 reaches full charge in an hour and a half, where the SE takes 2 hours.

Overall the Apple Watch Series 6 and the SE are not very different from each other. The main aspects that give the Series 6 an edge over the SE are the Blood Oxygen level sensor, the ECG, and not to mention the highly optimized S6 chip. If your question now is “Which Apple Watch should I get?” it all boils down to personal preference.

The SE has everything you need, acts as a fitness tracker and at is the same time budget-friendly. This makes it an ideal choice for anyone that plans to buy into Apple watches for the first time. The Series 6, on the other hand, is more loaded with fitness features and is more suited for the avid fitness enthusiast that loves to keep track of their fitness and wellness. Again though, it comes down to personal preference.

There are variants in the Apple watch SE. There is the Apple watch SE GPS and the watch SE GPS cellular. The Series 6 has GPS and the GPS Cellular The Apple Watch SE price in India starts at Rs.29,900, and the Apple Watch Series 6 price in India starts at Rs.33,990. You can get both these devices online at Poorvika. Have your device delivered even faster with our 2 hour delivery promise as you opt for Poorvikas 2 Hour Fast Delivery option when you place your order.

Is the Apple Watch Series 7 the best smartwatch available? 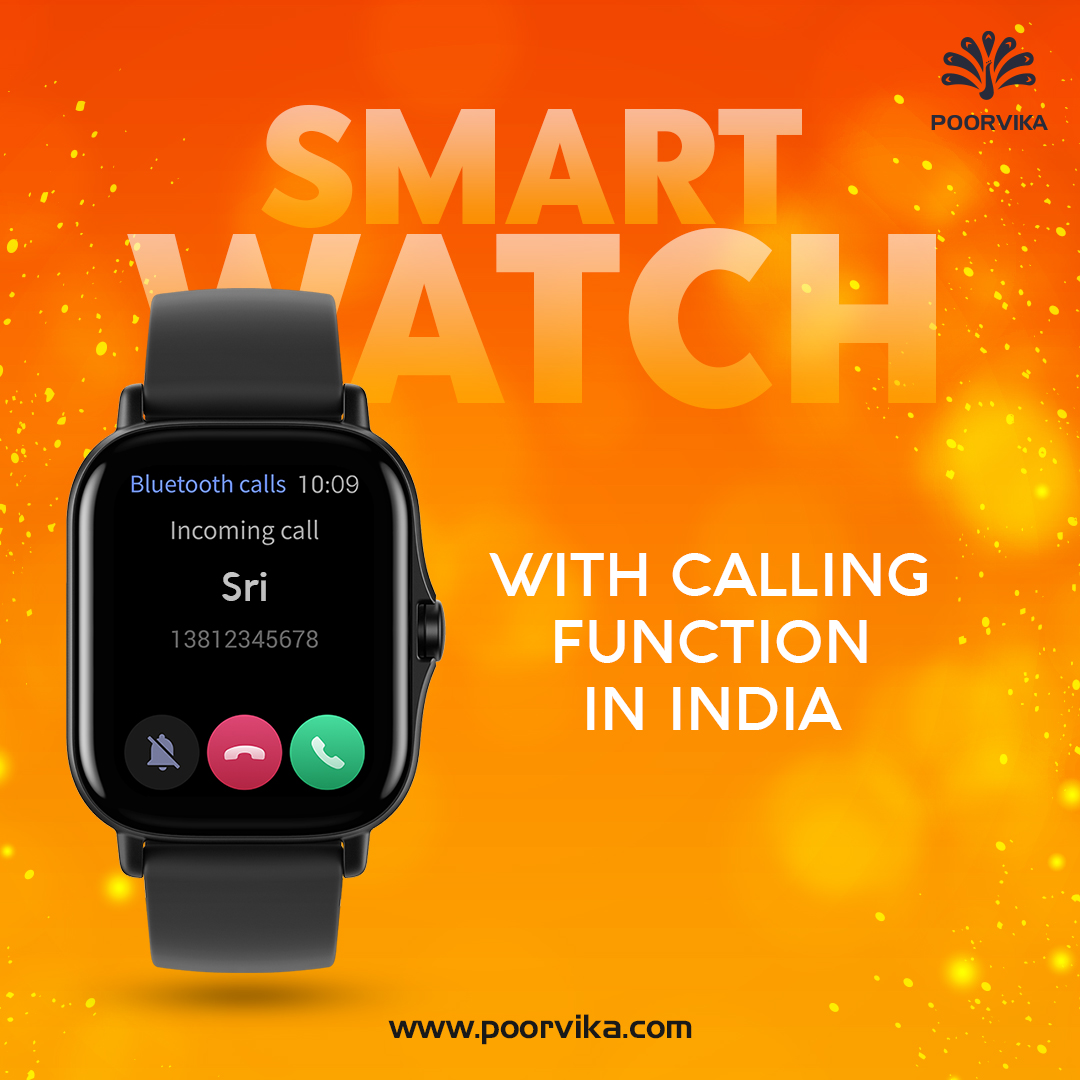 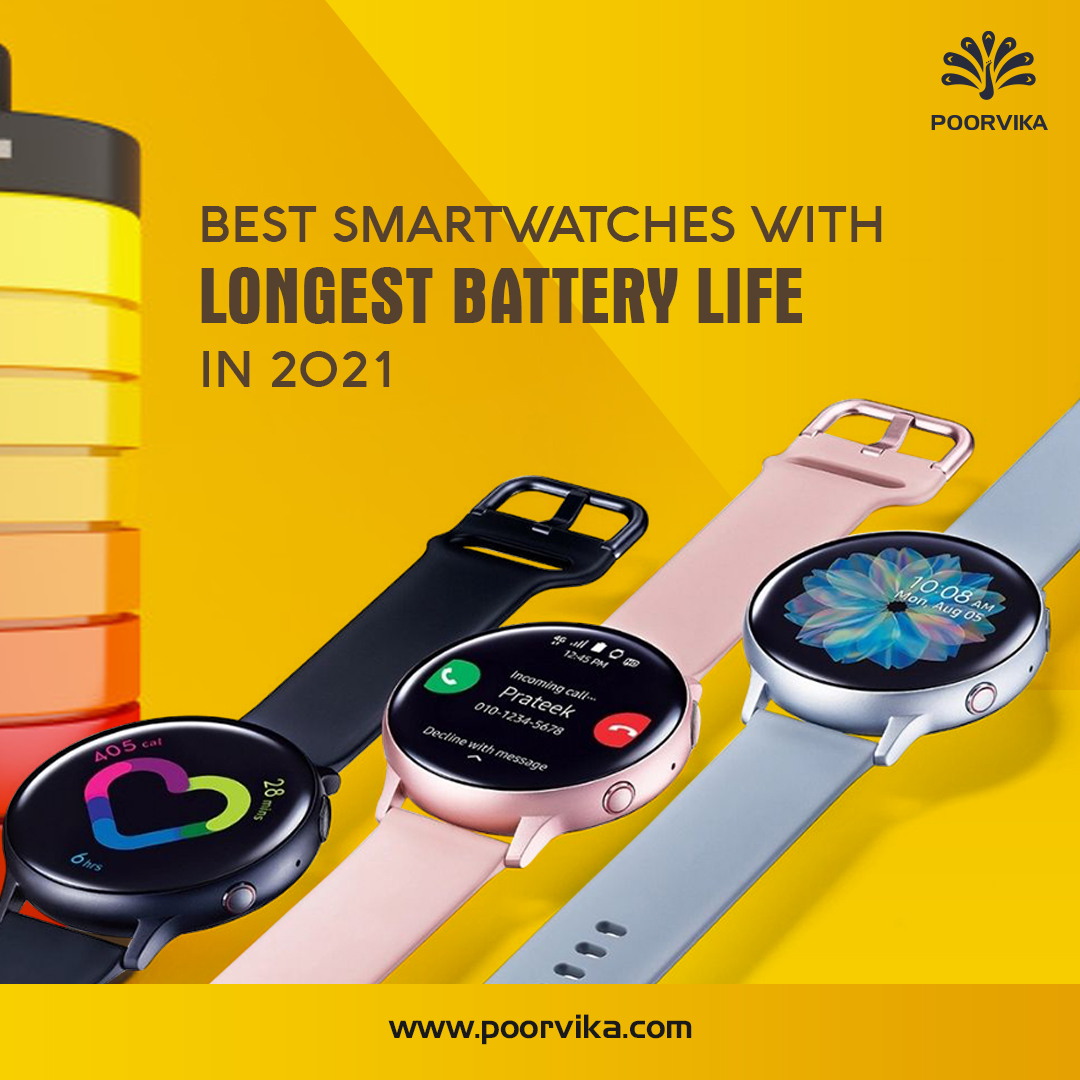 Best Smartwatches with the Longest Battery Life in 2021