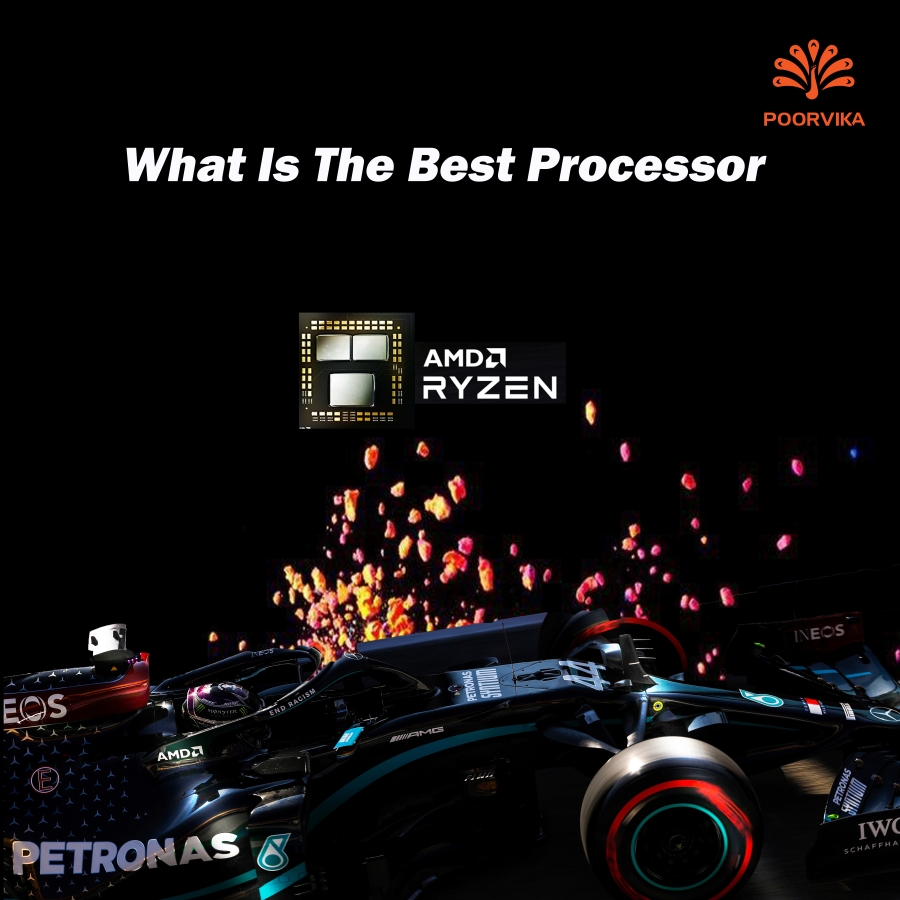 A laptop comprises of several components among which, the processor ranks as being the most vital. This small component on the motherboard takes care of the laptops entire functionality. The core responsibility of a processor is to execute all kinds of commands the user assigns to the laptop. While the raw processing power of the chipset determines the swiftness of a laptop. Thus by inspecting every factor carefully, this blog will answer one of the most asked questions: Which is the best processor?

Responsibility of the Processor

The processor handles the logical operations of a laptop. Be it watching videos, playing games, or working on Microsoft applications like MS Excel, MS PowerPoint; there are numerous traits of a processor that determines a laptop’s performance.

The most prominent factors in determining the performance of a laptop are Clock speed, Architecture and Lithography.

Despite losing the initial lead to Intel, after years of hard work and commitment, AMD was able to leverage everything to their advantage. To this day, the AMD Ryzen R7 4800HS is the best processor available in the market. It does an incredibly exceptional job in both real life and benchmark tests.

After introducing Zen microarchitecture, AMD shook the computing world and began to question Intel’s monopoly. Currently, the competition between these two companies are healthy and innocuous.

It comes as a blessing in disguise for customers as they will have a plethora of options to choose before buying a product.

The Zen microarchitecture made AMD, the lineal champion of the world. The Octa-core processor has a base frequency of 2.9GHz and can achieve a maximum clock speed of 4.20GHz with the help of turbo boost and Hyperthreading.

With this kind of power, you will be able to feel the speed and responsiveness of the laptop, especially while running an Android Emulator on your laptop.

The power efficiency of the Ryzen R7 4800HS processor is very impressive. On average, the Ryzen R7 consumes just 64.2 Watt which makes the processor ideal for full-stack developers.

Programmers will have to use Android Emulators, which is a demanding task. And if the processor doesn’t have much muscle, the emulator will not load properly on the laptop.

The processor has a total score of 10590 points in the Cinebench R23 multi-core benchmark test. It uses Cinema 4 suite to create three-dimensional forms through which the processing and rendering power of a processor is tested.

The AMD Ryzen processor is built using 7-nanometre lithography. AMD was able to do it when System on Chip (SoC) manufacturers like Samsung and Qualcomm were struggling to manufacture a 10-nanometre chipset.

Building transistors using smaller lithography gives an advantage to this chipset over the competition in terms of power efficiency.

Since the AMD Ryzen R7 4800HS processor leads in all parameters, it is undeniably the best processor presently available in the market.

This processor manufactured by the tech giant Intel, is the next guy in line. The single-core performance of this processor is threatening and intimidating. It takes on all kind of intensive applications without any mercy.

This kind of aggressiveness delivers a fluid and smooth user experience. The Intel Core i9-9800H processor is ideal for video editing purposes.

It operates at a base frequency of 2.30GHz. However, it doesn’t end there; using Intel’s turbo boost technology, the processor can reach a maximum 4.80GHz.

The Octa-Core processor consists of 16 threads with Hyperthreading support which means each core of the laptop can handle more than one task at a time.

The Raw processing power of the Intel Core i9-9800H can lift any kind of boulder without flinching even a bit. While rendering 4K content using this processor, you can actually visualize its speed in real-time.

In the Cinebench R23 multi-core benchmark test, the processor has a total score of 8311 points.

However, real-life performance and benchmark tests are not entirely similar as the usage of every individual will be different.

The TDP of this processor is 45 Watts: hence the processor requires a top-notch cooling system. Only then can its real potentiality can be identified.

It will be a sin, if we don’t include the Apple Silicon in this list. Just after months of launch, the M1 has grabbed the attention of the entire computing world.

In addition to incredible performance, the M1 processor offers excellent power efficiency too. Variants of M1 MacBook, which run on M1 processor, offer up to 16 hours of battery life.

Even during intensive usage, the Apple M1 processor consumes only 39 Watts.

The Price of M1 powered MacBook starts from Rs.92,900 right here on our official Poorvika website.