There are two factors where HP doesn’t compromise, one is Innovation and another is Quality. This is why HP dominates not just the American and European markets, they are ruling across the globe. We are sure most of us will agree aesthetics of laptops from other company is no match to HP. Yeah, HP aesthetics of HP is definitely a bait to any kind of fish in the ocean. Here in this blog, we will be presenting about the advantages of buying HP Pavilion X360 2 in 1 laptop. HP doesn’t manufacture computers and laptops alone.

They rank number 1 in inkjet, all in one, single function, mono and laser printers. HP was able to achieve all these feats through the commitment, dedication of employees and mission statement of HP. Their Annual report states Our character. Our capabilities. ‘Our choices.’ ‘Our unmatched depth and breadth.’

HP has mentioned these words not to please their shareowners, they have stated the reason behind the overwhelming success of HP.

Chipset executes all kind of action user assigns to the laptop. And raw processing power of chipset determines how fast the laptop can get things done. The motherboard of HP Pavilion X360 laptop consists of Intel Core i7-1165G7 processor. The Quad Core processor is born to knock cold out its opponents. No other Quad Core processor has the ability to go one on one with the Intel Core i7-1165G7 processor. Its aggression and ruthlessness offer exceptionally great performance.

Each Physical core of the i7-1165G7 processor consists of two virtual threads that makes the processor to lift the heaviest boulder effortlessly.

Intel is using SuperFin manufacturing process, to enhance the performance of both CPU and GPU. Power consumption of the processor is between 15 to 28 Watts.

In single core performance, the Intel Core i7-1165G7 is 23 percent faster than AMD Ryzen 7 4800U processor. Maximum clock speed of 4.80GHz makes this processor fastest in its class.

By introducing Tiger Lake microarchitecture, Intel is able to increase the cache memory of the processor. Intel Core i7-1165G7 of HP Pavilion X360 laptop has 12 MB L3 Cache memory which plays a vital role, while user is working on heavy applications like Proteus.

Since the file size of these applications are massive hence the chances of laptop slowing down in midway is very high. During these kind of scenarios the role of extra 1 MB will prevent the laptop from freezing.

There are two reasons behind the performance boost of 11th Generation processors over its predecessors, which were built using Ice Lake microarchitecture.

There are two reasons behind the performance boost of 11th Generation processors over its predecessors, which were built using Ice Lake microarchitecture.

Next major improvement is Intel Iris X Graphics. It has 96 Execution Units which can operate between 400MHz to 1,300MHz frequency.

The laptop didn’t struggle even while working on tons of heavy applications like Android studio and Adobe Photoshop simultaneously. Its 8GB DDR4 RAM ensures user doesn’t face any kind of hanging issues or slowdown at any cost.

HP uses M.2 NVMe PCIe 512GB Solid State Drive for storage. Since SSD don’t have any kind of needles or moving parts inside them. Hence SSD can work at the pace of lightning.

Be it, read and write speeds or sharing massive data to another device. Everything will happen in a nimble manner.

The laptop has a backlit Chiclet keyboard. The protruding keys are responsive with very less travel. However brawny people may like keyboard with higher key travel.

As it is absolutely satisfying, to hear the sound of each keys while typing on this laptop.

3 cell 43 Watt Hour Lithium-ion polymer battery of the laptop offers a total runtime of around 6.5 hours. If you are just watching movie or web series, battery standby time of HP Pavilion was close to eight hours.

Hinges of the laptop are pretty strong and flexible thus the lid will not wobble, even if you are plonking the keyboard of the laptop.

Buy HP Pavilion X360 Laptop for just rupees 81,999 from our website Poorvika. Avail our safe and secure delivery service to get products instantly to your doorstep.

Which is the Best Convertible Laptop for 2022? 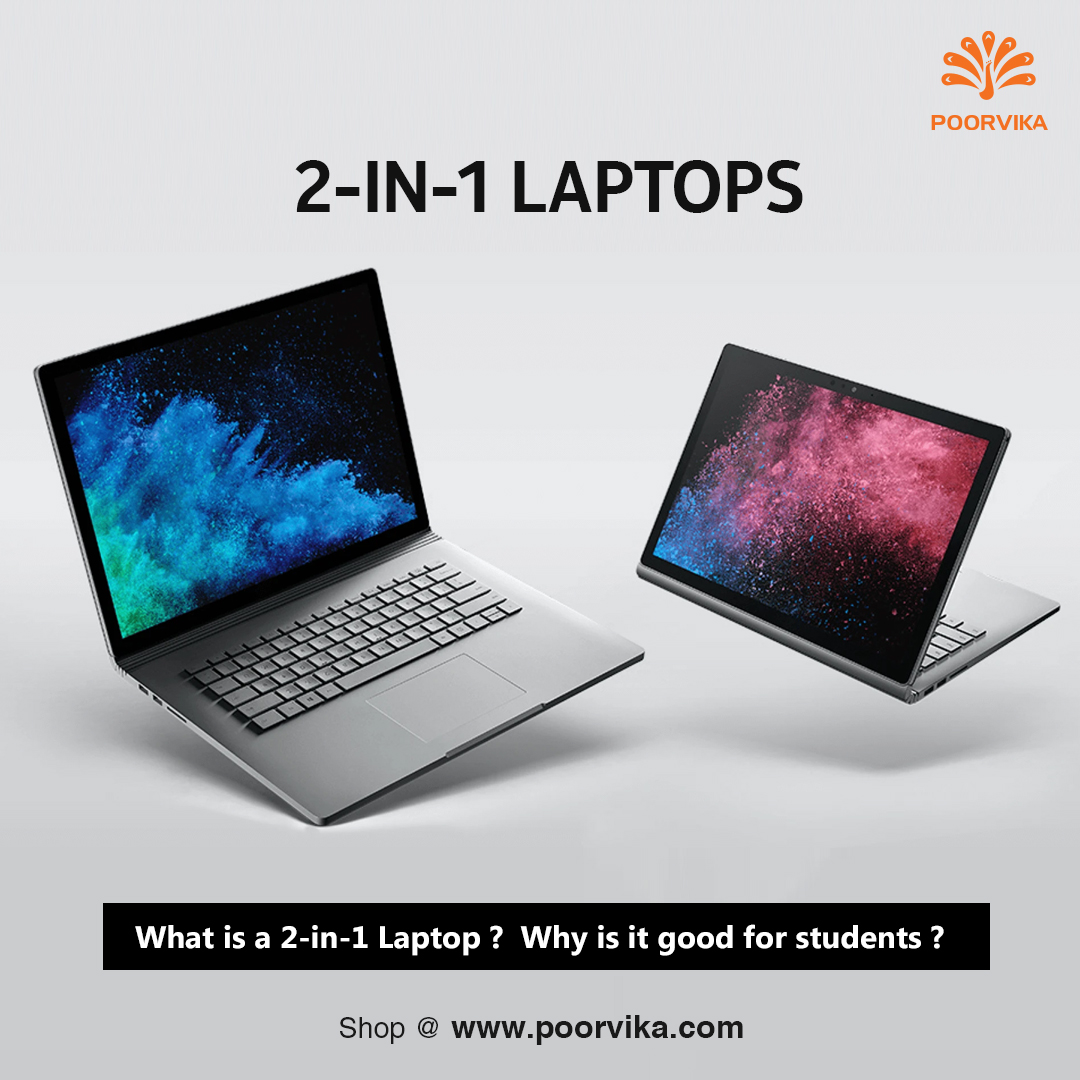