Over the past years, TVs have undergone so many changes. From the display technology to the features, TVs have come a long way. In fact, TV is no longer known as TV, it is called smart television. Because TVs are not just mere providers of news and entertainment. With the help of the Operating System, it allows users to bring content across the planet to their living room. After years of research and development TVs have got better than ever. In this blog, we will be answering where the future of TV technology is heading comprehensively.

A decade back, television didn’t come with LED displays. At that time, LCD was the popular technology that was dominating the television industry. But after LEDs stepped into the market, companies began to abandon LCD in favour of LED. Because LED was better than LCD in all possible ways, be it picture clarity or power consumption, LED outshines LCD in all aspects. This is also the main reason why companies began to use LED in their products.

Just like LCD, LED didn’t stop evolving. In the initial days, TVs that used LED panels followed the working principle of LCD televisions only. It was later, the technology became independent and began to exhibit its actual potentiality.

LED lights have got a special ability that their predecessors didn’t have. And it is also because of their unique ability; it was able to take down the entire market from other existing technologies. LEDs can illuminate on their own, and their lifespan is considerably higher than other types of lights.

Though the picture clarity of OLED is top-notch yet it has several limitations. Among the various limitation, a lower yield level is the prime concern of many display manufacturers. And the next major issue with OLED display is the brightness level. OLED screens find it really hard to produce a maximum amount of brightness. And this can be a very serious issue for people who have installed their TV near the window.

In order to overcome these issues, Samsung came up with a solution. And year by year, they are trying to make their product better so that it becomes flawless. Currently, most of the Flagship smart television is built using the QLED panel.

QLED TV is going to be the future as it has already addressed the issues faced by OLED. In the television industry, QLED display is the real deal and problem solver. Except for few minor issues, the picture clarity and colour reproduction of QLED are amazing.

As of now, the only problem with QLED is, it cannot produce true blacks like OLED counterparts. That is because the QLED panel doesn’t come with self-illuminating lights alone. It works through the backlighting method.

In order to deliver true blacks, Samsung has used mini LED lights in their latest Neo QLED televisions. The mini LED is just 1/40th size of conventional LED lights used in most of the present generation smart televisions. To conclude, it is safe to affirm future of TV technology will head towards the advancement and improvement of QLED panels.

The price of smart LED television starts from rupees 15,990 in our official website Poorvika. Purchase through our safe and secure delivery service to get products instantly delivered to your doorstep. 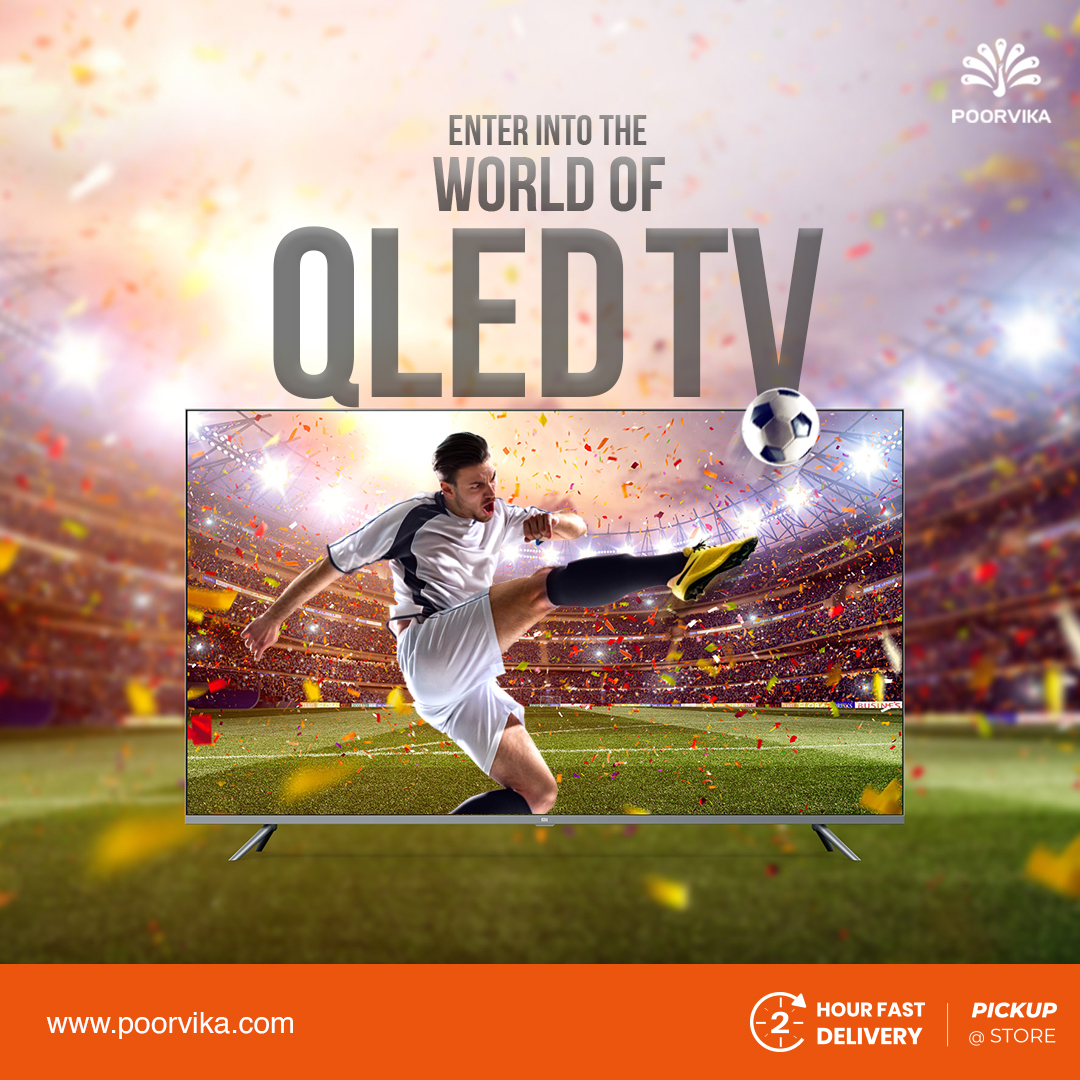