Nowadays there are a wide variety of fitness trackers available at low prices, including some that allow you to track your heart rate, blood pressure, and blood oxygen level, as well as accurate sleep when you wear the tracker. As blood pressure varies throughout the day, taking readings several times is essential. Blood pressure watches can be a useful tool to stay on top of your health. Blood pressure monitors are becoming increasingly popular in smartwatches, which historically include several health-tracking features. A smartwatch that measures blood pressure makes your life easier since it gives you access to your blood pressure at any time, wherever and whenever you like. It lets you read your blood pressure directly from your wrist, without needing a specific device to do so.

In this day and age, technology plays an ironic role. As we become more dependent on our TVs, laptops, and phones, our daily lives have become more sedentary than ever. However, there are some technological advances that not only serve their purpose but also add value to our daily lives. Blood pressure monitoring makes up one of the most essential sensors for all smartwatches, especially those that cost hundreds of dollars. Since not everyone has a blood pressure cuff at home, the need to go to the hospital to get the right readings occurs. The smartwatch is one such innovation. We no longer have to look down at our wrists just to see the time. The smartwatch allows you to check your tasks for the day, make calls, store pictures, and edit documents right on your wrist.

Let us shed a few insights about the topic and metrics you need to know before buying the smartwatch you’re thinking of buying today! We’ll be looking at the best fitness bands and smartwatches with blood pressure monitors and other health and fitness features that are available in poorvika.com

First is the Amazfit GTR 3

All those fitness features on the device are, of course, supported by the backside of the device, and the small bulge that goes along with it. But like any other smartwatch sensor, it’s no less intrusive than any other. Unfortunately, the comfort of the Amazfit GTR 3 is entirely confined to the device’s body, not including the included rubber strap, which feels cheap and is annoying to wear. Due to the spring bar mechanism, the bands can be easily changed, giving you the option of attaching whichever 22mm-wide band you prefer. There are two tiny metal contacts along with the bulge, and these are where you connect the magnetic charger, which also serves as a charging port. Similarly, the Amazfit GTR 3 provides nearly identical track information on speed and distance to my wife’s Apple Watch. After taking a walk together, the Amazfit GTR 3 tracked exactly the same route, pace, and distance on a walk just like mine.

The smartwatch and fitness tracker segments used to be dominated by a handful of big-name brands, but in recent years many smaller and upcoming brands have emerged to offer affordable devices. Among these products is the Fire-Boltt Beast, a new fitness tracker and smartwatch that bears a striking similarity to the Apple Watch series. The Fire-Boltt Beast is attractive and affordable, making it a great choice for shoppers looking for good-looking yet affordable smart wearables. Fire-Boltt Beast shares many similarities with Apple Watch. It connects wirelessly to smartphones using the DaFit app. Step, heart rate, and SpO2 measurements are quite accurate. The Beast has SpO2 and heart rate tracking features, making it a viable option for its price. With a 1.69-inch screen, the Beast has a similarly sized screen to the 44mm variants of the Apple Watch Series 6 and Apple Watch SE.

A metal frame surrounds a glass sensor area on the rear of the smartwatch, but the area surrounding the glass sensor is plastic. The black rubber strap that comes attached to the smartwatch is decent enough, and it fits nicely, but you can easily remove it and replace it with an aftermarket strap of your choice. Fire-Boltt Beast is available in three colours – black, blue, or pink. The metal body of the watch has a nice brushed finish that looks wonderful in any colour, but the black option is the most sophisticated. A few key similarities between watchOS and Fire-Boltt Beast include the bubble-style app drawer, the control centre, and some of the watch faces. The Fire-Boltt Beast runs its own custom software, with the layout and UI strongly influenced by Apple’s watchOS.

With multiple generations of Apple Watch, each adding new functions and features, Apple Watch has become the wearable of choice for iPhone users. Apple Watch has been improved over the years, with a new generation bringing new features that are beneficial to iPhone users. Among the new features on the Apple Watch Series 7 launched this year are the larger display, a new S7 silicon interface, a crack-resistant display, and fast charging, all while retaining previous features like SpO2 tracking, which was introduced last year with the Series 6. The Apple Watch Series 7 comes in three case options: aluminium, stainless steel, and titanium, with five colours, finishes available: midnight, starlight, blue, green, and red. The Apple Watch Series 7 offers two case sizes, 41mm and 45mm, both with GPS connectivity and multiple strap options. It comes with either a GPS-only watch or one with GPS + Cellular connectivity.

There is a microphone hole between the left and right digital crowns, and Series 7 has larger displays than Series 6. The front glass now curves around the sides. Apple Watch Series 7 features a 1.9-inch LTPO OLED display with a resolution of 396×484 pixels for the 45mm model, a peak brightness of 1000 nits during active usage and up to 500 nits in the always-on mode. If you are planning a short swim, you can take along this new Series 7 watch and track it too. The watch boasts an IP6X dust resistance rating, and it is also water-resistant up to 50 meters. A quick press on the digital crown on the Series 7 opened up the Apple Watch app drawer, and the digital crown can be used to zoom in and out and to scroll through menus and notifications.

Apple Watch Series 7 now includes a sensor that can measure ECG by pressing the crown on the digital device. The Apple Watch is renowned for its health and fitness tracking features, and the Series 7 didn’t disappoint. The Apple Watch motivates you to complete three activity rings every day, which represent your exercise, movement, and standing goals. The Apple Watch Series 7 tracks your blood oxygen saturation (SpO2), which takes around 15 seconds to measure, during which you must remain completely still. A healthy individual’s blood oxygen levels are between 96 per cent and 98 per cent, showing the level of oxygen in the blood is within the ideal range. Although wearing a wearable can track pulse oximetry, it shouldn’t replace a pulse oximeter. During the day and while you are sleeping, the Apple Watch can monitor your SpO2 levels. The Apple Watch Series 7 offers a 30-second ECG recording. The Apple Watch does check for signs of atrial fibrillation but warns that it cannot diagnose heart attacks. It saves your ECG readings on your paired iPhone and you can send them directly to your doctor.

Top Picks of best Budget Smartwatches under 3000 for 2022 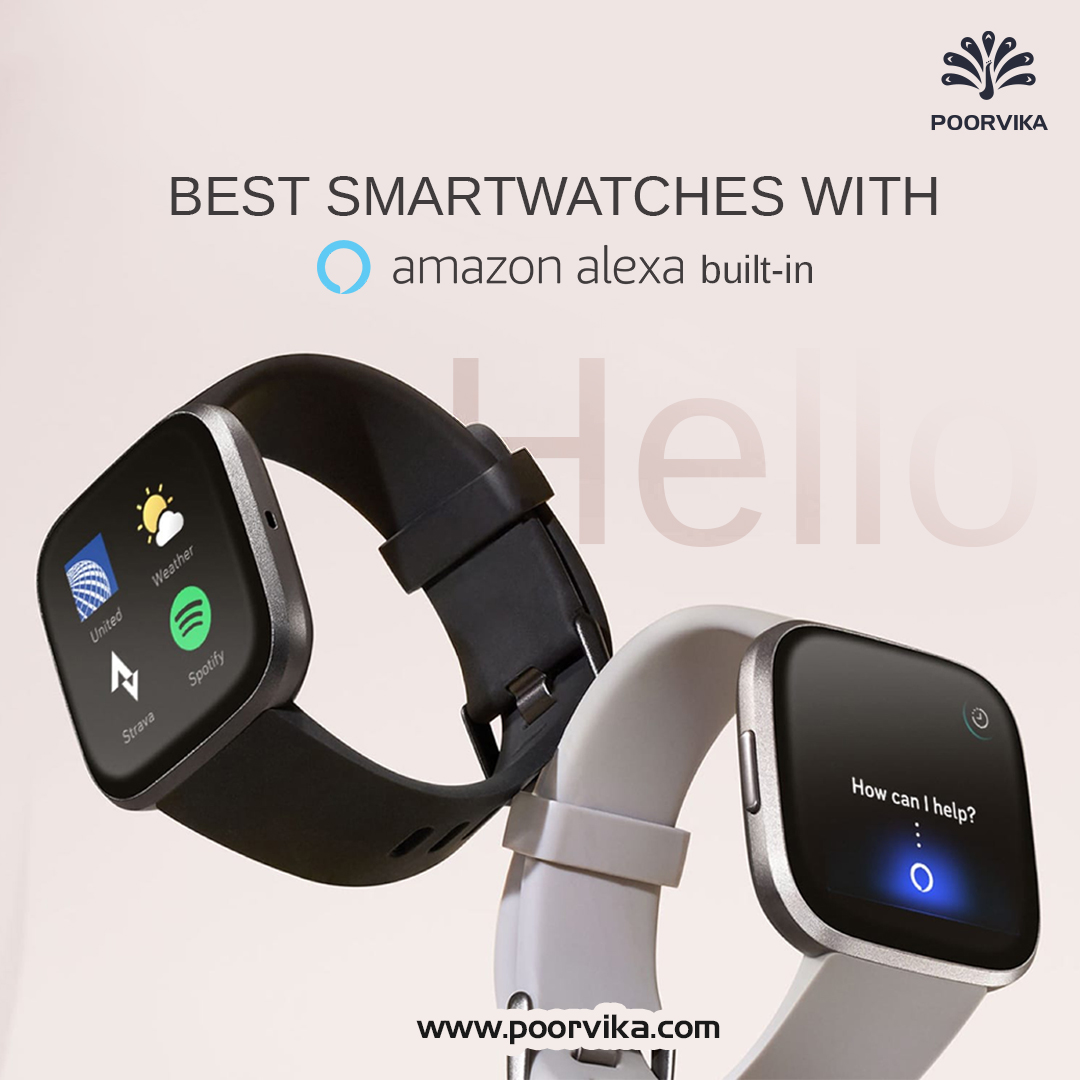