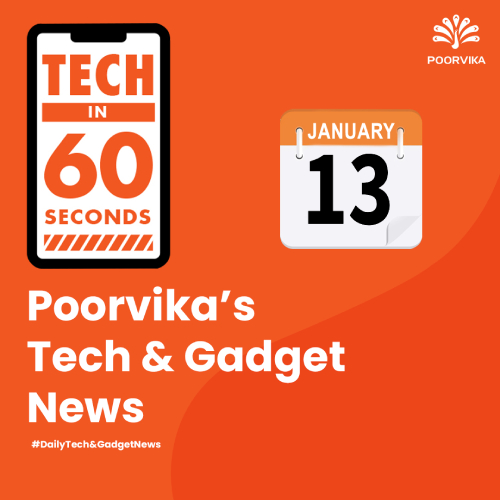 WhatsApp for Android May Soon Let You Play Voice Messages in the Background. WABetaInfo has shared a screenshot to suggest the feature. It shows an audio player interface with the ability to pause, resume, and dismiss the voice message that would appear on top of the chats list. There is also a progress bar to show the movement of the audio.

PUBG: New State Update 0.9.23 With New Game Mode, New Weapons, Season 1 Battle Pass Announced. PUBG: New State update 0.9.23 will roll out sometime next week. PUBG: New State is getting a new game mode – BR: Extreme. In this, only 64 players will be a part of the match and will start off with a P1911 handgun, a smoke grenade, 300 Drone Credits, and fully charged boost meters. It is set in the battle royale genre and each match will last 20 minutes.

Gmail for iOS Gets New Widget to Let You Compose Emails Quickly: Report suggests. The new widget also displays the last three emails in your Gmail inbox. Google also rolled out support for 1:1 audio and video calls on Google Chat in Gmail.